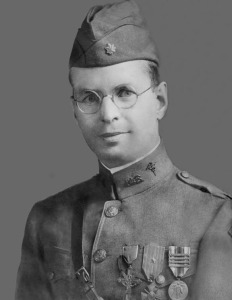 Post 21 was founded by Dr. Robert O. Blood in 1919. Dr. Blood studied at Dartmouth College and Dartmouth Medical School, graduating in 1913 to establish a practice in Concord, as well as running a dairy farm in East Concord.

He served in the US Medical Corp. 26th Division from 1917-1919, serving in both Britain and France. He participated in the Second Battle of the Marne, where he was decorated with the Distinguished Service Cross and the Croix de Guerre as a major in the Army Medical Corps.

New Hampshire American Legion Post 21 has also been home to many other distinguished and decorated service members. Read more about the history of our Post by clicking HERE.

Meetings Occur on the 2nd Wednesday of every month.